When can you drive after surgery? Hip, knee, ankle or foot surgery

I’m often asked when it’s safe to drive after surgery. Whether you had ACL or meniscus surgery of the knee, and ankle fracture surgery or other surgery of your leg, this is an important question to ask.

In part 1 of this series, I discussed some of the concerns when you drive after surgery. I also shared some of the recommendations suggested in a recent study from the Journal of the American Academy of Orthopaedic Surgeons.

In this post, I would like to address some of the challenges with driving after surgery of the lower extremity, such as knee arthroscopy, ACL reconstruction, total hip arthroplasty, total knee arthroplasty and fractures. As I mentioned earlier, patients largely underestimate their driving impairment. Since law enforcement agencies and insurance companies ultimately place the decision to drive on the patient, I think it’s important to recognize the difficulties with driving after these surgeries.

Largely, orthopaedic surgeons assess the patient’s potential driving impairment after knee or ankle surgery by the time it takes to stop the car suddenly, or braking time.

Effect of casts, braces or boots on driving after surgery

Despite many patients telling me that they can drive with the right foot on the gas pedal and the left foot on the brake, I think it is a terrible idea. The authors of the driving study found that braking reaction time was slower for this two-footed technique than any other method of applying the brakes. Patients should avoid this method of braking after any lower extremity injury or surgery.

Wearing any kind of immobilization on the right ankle – cast or boot – causes a much slower braking time. A patient should avoid driving with any right ankle immobilization. Potentially, though, he can drive a vehicle with an automatic transmission if the left lower extremity is immobilized.

Any kind of right knee immobilization – cast or hinged-knee brace – greatly slows braking time. A patient should avoid driving with any such device on his right knee.

The authors do offer guidelines regarding braking function and driving for specific lower extremity injuries and surgeries:

• Even after a minor arthroscopic knee surgery, such as partial meniscectomy, braking function still takes approximately four weeks to return to baseline. A patient undergoing a right knee arthroscopy should consider not driving for about four weeks. 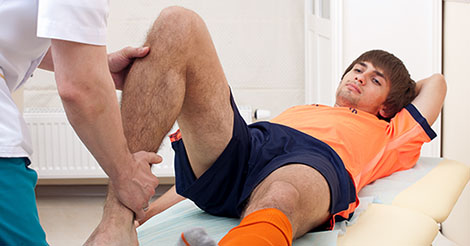 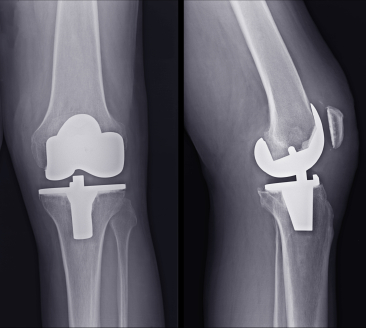 As I said in part 1 about driving after shoulder, elbow, wrist or hand surgery, I am in no way offering specific medical advice in this post. I am sharing the data and some guidelines from a recent study. There are many factors specific to each individual patient that can affect the decision to clear patients to drive. If you want to know when it is safe for you to drive after surgery, you should ask your surgeon.

Make sure to read part 1 of this driving series – When can you drive after surgery? Shoulder, elbow and wrist surgery

Can I rehab after knee surgery without physical therapy?