100% of parents feel that they are affected in some way by concussions, according to a survey from the youth sports organization i9 Sports. 94% of adults believe that head injuries and concussions in sports are a public health issue, according to a survey from the UMass Lowell Center for Public Opinion. That concussion research suggests that sports, especially football, have a real problem.

Perhaps to counter those concerns or to educate the public about the real dangers of brain injuries and how to properly evaluate and treat them, the National Athletic Trainers’ Association devoted the most recent issue of the Journal of Athletic Training to sport-related concussions.

Sports with the highest rates of concussion

Some of its data might surprise parents. Football, not surprisingly, has the highest rates of concussion in a national study of 27 high school sports from the 2011-2012 to 2013-2014 academic years. It might be more surprising to many that boys’ lacrosse was second, followed by girls’ soccer.

Also read:
How and when concussions occur in the NFL
Concussions and football helmets that don’t fit

Girls have higher rates of concussions than boys

That study showed that in sports played by both boys and girls using the same equipment and rules, such as soccer and basketball, the rate of sport-related concussion was 56% higher for girls.

Recovery from concussions often takes longer than a week

55% of high school athletes don’t report a concussion. The most common explanations given by those athletes were not wanting to lose playing time, not thinking the injury was serious enough to require medical condition, and not wanting to let the team down.

What’s shocking about that number was that every athlete at the 14 high schools surveyed received preseason concussion education mandated by the state. The education included the CDCs HEADS UP program documents, which were sent home to be read and signed by a parent or guardian.

As I have argued many times, athletic trainers are key first-line responders for athletes who suffer sport-related concussions and other injuries. Unfortunately, 30% of US high schools don’t have athletic training coverage, and only 37% employ a full-time athletic trainer. At the youth sports level, those numbers are probably much lower.

An editorial at the beginning of the issue would be great for parents of children who play sports to read. Dr. Brian Hainline, chief medical officer of the NCAA, and Dr. Richard Ellenbogen, co-chair of the NFL’s Head, Neck and Spine Committee, explain that while much of the mainstream media reporting has been scary, there is much we need to learn so parents can make the best decisions for their children.

For example, we don’t truly know just how often concussions lead to long-term neurologic or psychological problems. We don’t know why some athletes appear to be more susceptible to brain injuries, so we can’t predict which ones will develop long-term effects. We don’t know the real impact of repetitive blows to the head. And perhaps most importantly, we don’t know if advances in helmet or turf technology or changes to rules of different sports will reduce the risks to our kids.

Fortunately, they point out that more research than ever is seeking to answer these questions. The NIH-funded DIAGNOSE CTE Research Project is looking at ways to diagnose chronic traumatic encephalopathy (CTE) in living patients and determine risk factors for the condition. The General Electric-NFL Head Health Initiative support several studies to improve the diagnosis and management of concussions. And the NCAA and the Department of Defense are conducting the largest study ever in concussion research, examining the natural history of acute concussion and recovery. 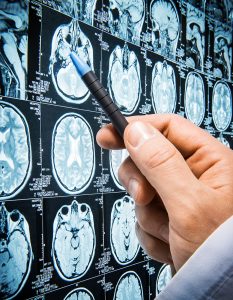 Parents making decisions about sports based on current concussion knowledge

It’s crucial that as a society, we must not lose focus that sports are good for our kids.

Does that means we should ignore what we read and see on TV about concussions and CTE? No, but parents need to discuss the risks with their children and stress how important reporting any symptoms is.

Maybe the concussion research will prove a definitive link between football and long-term brain damage. Maybe we will find that no helmet technology or changes to the rules will make the sport, or any contact or collision sport, completely safe. But until we reach that point, scientists must keep doing research and collecting data, and parents, coaches and young athletes must take steps to be as safe as possible while we wait for more answers.

In my latest book, That’s Gotta Hurt: The Injuries That Changed Sports Forever, I examine brain injuries in sports and examine the issues that

Note: A modified version of this article appears as my sports medicine column in the April 20, 2017 issue of The Post and Courier.

Common questions about CTE and traumatic brain injuries in sports