A concussion is among the most serious injuries in all of sports. As a sports medicine physician who covers many athletic events and serves as the doctor for many teams, one of the injuries I worry about most is a concussion. In the past (and occasionally today by some coaches and parents), concussions were not thought to be a significant injury. It is not uncommon to hear a former athlete talk about having his “bell rung” and returning to play immediately. Over the last decade, sports physicians have been much more aware of the potential danger, both currently and long term, of concussions and other head injuries in athletes.

Concussions are common in contact and collision sports. Football is the most recognized sport associated with concussions, although they are seen in many sports. They are even common in sports that you wouldn’t associate with head injuries, such as soccer and cheerleading. Typically injuries occur from a direct blow to the head. They can occur with a whiplash mechanism where the head gets thrust in a certain direction and the brain collides with a skull on the opposite side of the head.

Concussions can range from very brief injuries, where the symptoms resolve in seconds, to emergencies. Athletic trainers and physicians at the sporting event must be very careful to properly diagnose this injury and take appropriate measures to protect the athlete. Baseline testing can be critical for later management.

Assess of an athlete with a concussion

Exam of an athlete with a concussion

If the athlete is conscious, can answer questions and follow commands, and can move his or her arms or legs, it is likely safe to take the athlete off the field. Evaluation by a physician at this point is critical. In my opinion, any concussion should require the athlete to sit out for the rest of the game, giving the physician enough time to properly evaluate the player. The physician has to accurately assess the athlete’s mental status and determine if any signs and symptoms of a concussion persist. It is important to determine if the athlete remembers the injury and if he remembers activities or events earlier in the day. There are a variety of tests to assess mental status, memory, and other neurocognitive skills on the sidelines. Physical examination is also important. The physician must thoroughly examine the skull, head, and neck for any signs of forceful trauma that could cause a skull fracture or other serious injury. A thorough neurologic examination is also indicated.

The athlete’s exam must be completely negative to even consider the possibility of the athlete going back into the game. At the least, the player should sit out for a short period of time to ensure that his symptoms have gone away. I think it’s important to reproduce the stress of sports and determine if stress recreates symptoms. For example, I like to have the player run a 40-yard dash on the sidelines or do jumping jacks or push-ups for certain amount of time to see if headaches, dizziness, blurry vision, nausea, or other signs of a concussion reappear. If there is any question of whether or not an athlete can go back into the game, I think it is a good idea to hold the player out for the rest of the game.

Symptoms and telling a doctor or athletic trainer

If the player does go back into the game, it’s important to tell the athlete that he has to tell coaches and the physicians or trainers of any recurrence of symptoms. Unfortunately, in an era of winning and significant pressure on players from their teammates, parents, and coaches, players will often deny symptoms in order to play and avoid letting their team down. Also the physician, training staff, coaches need to keep a close watch on the player to make sure that he does not exhibit signs of lingering problems, such as running the wrong routes or appearing confused. It must be emphasized to the player that he cannot go back into the game with any symptoms at all, as there is concern for “second impact syndrome.” This is a dangerous situation that can occur when the player has not fully recovered from a head injury. If he is hit a second time, even with a mild injury to a brain that has not returned to baseline, it can create a second impact that is potentially fatal. Fortunately this is a very rare occurrence, but it has to be taken seriously by the player, coach, and physician. Ensure the proper fitting helmet can minimize concussion severity.

If the athlete is held out of the game, reevaluation is critical. Over the next week or so, the athlete has to become completely asymptomatic. He cannot exhibit any signs of headache or feeling dazed or groggy. He must have no memory loss or loss of neurocognitive skills. If no baseline evaluation of his neurocognitive skills is available, this assessment can be difficult. Therefore, preseason testing of entire teams is becoming much more common.

The length of time the athlete sits out of his sport is variable depending on the severity of the injury. The more severe the concussion, the longer he will likely be held out. It is not uncommon for severe head injuries to force the athlete to miss many games or even an entire season. Also, whether or not an athlete has had concussions in the past plays a crucial role. The concern with returning an athlete too soon is that it takes much less force each subsequent time to cause a concussion. This becomes somewhat of a slippery slope, so I think it’s important for the athlete to be fully recovered prior to returning to play. Also subsequent concussions are often more severe than the first one, which is another dangerous situation. If there is any question at all about the concussion and whether an athlete can play, I refer an athlete to a sports neurologist. Many larger sports medicine programs are now starting sports neurology or sports concussion programs, and these are a valuable asset in the sports community. The hidden dangers of concussions. 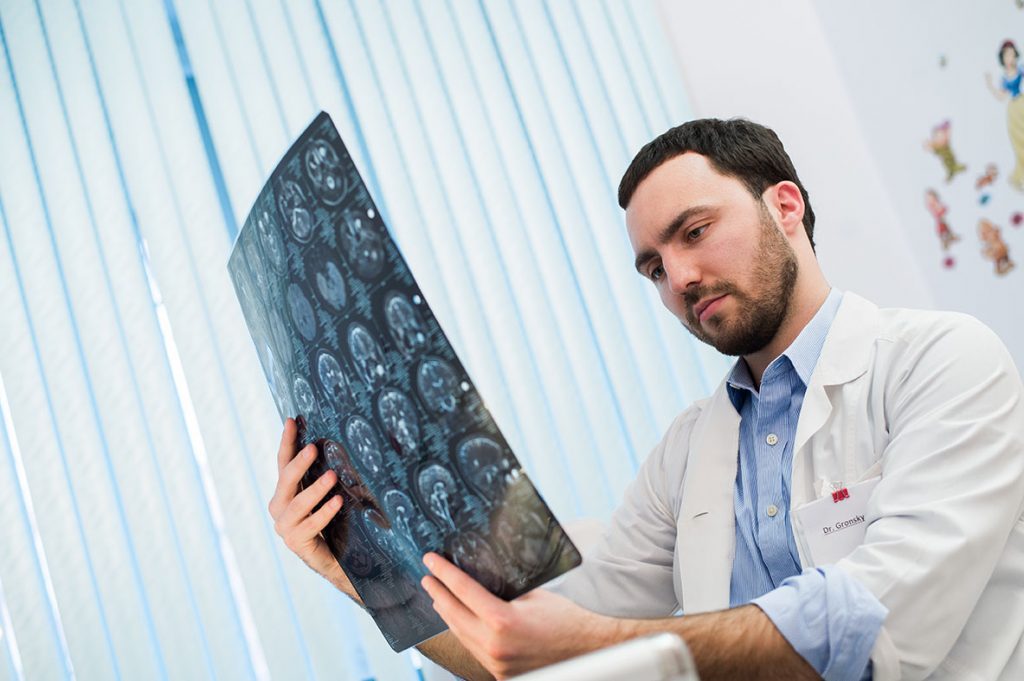 Concussion – The importance of removing the athlete from play