The epidemic of youth pitching injuries: An interview with Dr. Glenn Fleisig

Why does it seem like the rates of youth pitching injuries are rising, and what can parents, coaches and healthcare providers do to protect kids?

As I was gathering research for my book That’s Gotta Hurt: The Injuries That Changed Sports Forever, I had the great fortune to speak to Dr. Glenn Fleisig, the Research Director at the American Sports Medicine Institute. Dr. Fleisig is the Chair of USA Baseball’s Medical & Safety Committee and an injury research advisor to Major League Baseball. This is a short excerpt from that terrific interview.

Dr. David Geier:     I’m writing about Tommy John surgeries. The intended audience of this are parents and the kids. I want to talk about what’s happened at the youth level in terms of risk factors for these injuries and the numbers of these surgeries we’re doing on younger and younger pitchers. That’s why I wanted to talk to you. I know you’ve been very passionate about what’s going on at the youth pitching level, so I was hoping you could comment a little bit about that.

Dr. Glenn Fleisig:     As you know, I’ve been here in Birmingham since the 1980s. I’ve been partnered with Dr. Jim Andrews, who’s the surgeon who’s done most of these surgeries. He’s been doing the surgery, and I’ve been studying the science of how the injuries happen and how we can prevent them. We noticed he was doing more and more of these Tommy John surgeries, but it seemed like more and more of the patients were younger and younger. We didn’t know if we were just getting older and the patients looked younger, or legitimately the patients were younger. We started to monitor our patient database.

Sure enough, it was not an illusion. In the 1990s, essentially when Dr. Andrews started doing these Tommy John surgeries in earnest, a good number of them, originally, they were all adult pitchers, college and older. The percent of his Tommy John patients who were adolescents, which is high school and younger, went from 0%, 5, 10, 20, 30, up to a third, up to 33% of his patients. It really was a concerning trend we thought in the late 1990s.

Dr. David Geier:     Why there was an increase? I mean, one, did the surgery itself and the successful outcomes that young kids and their parents were seeing among the pro pitchers influence how they pitched on a daily basis? Or, were other factors going on that led to that increase?

Dr. Glenn Fleisig:     Once we saw this happening, we started studying risk factors. We studied youth pitchers to see if it was the kids who were throwing curve balls who got hurt. Was it the kids who were pitching a lot who got hurt? We started looking at the mechanics also. The amount of pitching was strongly statistically related. We showed that the kids who pitched more were the ones who had elbow and shoulder problems, almost regardless of whether they had good mechanics or bad mechanics or threw curve balls or this or that.

It was such a strong factor that the kids who pitched a lot got hurt, and adding to that, the kids who kept pitching when they were fatigued were the ones who got hurt. From that study, we statistically showed that it was how much you pitch. 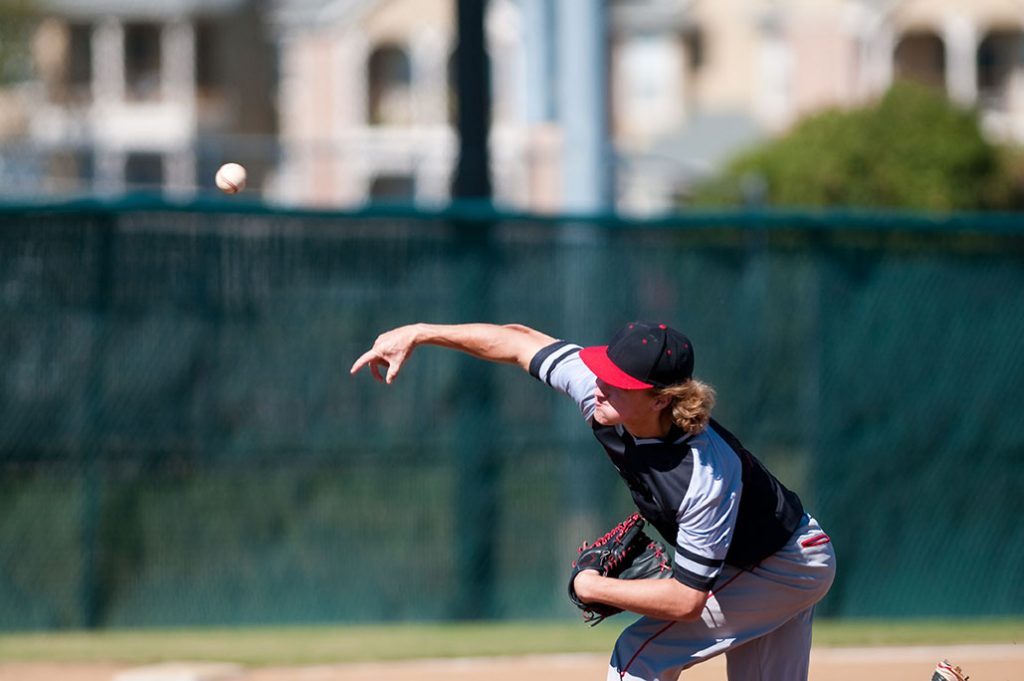 Some of it was on the school team for most kids or the local Little League or youth league, but a lot of it was just free play. Kids would play basketball in the winter with their friends and baseball in the summer with their friends. Nowadays, there’s more and more, I’d say, structured or organized sports. We have more and more kids who show up in your surgery suite, your clinic, or Dr. Andrew’s sports medicine clinic who are 18 years old, and we get their history, they say, “Yes, I’ve been playing on my baseball team since I was 8, and I’m currently on 2 teams. I’m on my summer team and my school team.” The pitch count numbers … The number of games they’re pitching is off the charts compared to previous generations. I think, David, this is a big cultural shift and what has led us here, and it’s also a hint to the solution.

The solution … again, Little League baseball, or even a state high school federation can make rules about what you can do on their team, but it has to be awareness through your book or TV things or whatever where the parents and the kids have to realize not to try to figure out how to beat the system and get more in and that more is always better because more is not always better in this case. Moderation is better.

epidemic of injuries at the youth level. If you have kids who play baseball or other youth sports, you should read it and take steps to keep your kids healthy. Order your copy now from Amazon, Barnes and Noble, Books-A-Million, Apple iBookstore, Target, IndieBound or Powell’s Books.