When I heard that Dallas Cowboys center Travis Frederick was diagnosed with Guillain-Barré syndrome (GBS), I immediately looked to see what articles were trending online about his condition. I expected there to be a lot of articles about what the Cowboys could do to replace him while Frederick recovers. I thought there would be articles on when he might be back on the field. Instead what I found were articles discussing what Guillain-Barré syndrome is, as it’s not a condition we often hear. I thought explaining what GBS is, how you get it, what the signs and symptoms are, the treatment options and the chances of full recovery would make for an insightful newspaper column.

“What is Guillain-Barré syndrome?” I’m sure those words ran through the mind of Dallas Cowboys center Travis Frederick after doctors made that diagnosis. Most NFL fans have probably never heard of this condition, which threatens to end his season, and possibly his career. 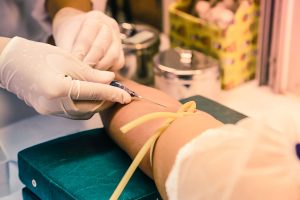 What is Guillain-Barré syndrome?

Guillain-Barré syndrome is a rare neurological disorder in which the body’s immune system attacks the nerves outside the brain and spinal cord. Experts estimate that about one person in 100,000 contracts GBS. No one knows for sure why some people get it.

Dr. David Stickler, a nuerologist at Neurology Specialists of Charleston, explained to me that the majority of patients have some sort of illness, such as an upper respiratory virus, before GBS symptoms develop. Then the body’s immune system shifts its focus from fighting infection to attacking myelin, the outer coating of nerves.

Also read:
One critical message coaches, doctors and athletic trainers must learn from the death of Jordan McNair

Signs and symptoms of GBS

Patients often notice unexplained symptoms in their feet or hands, such as tingling or numbness. Weakness on both sides of the body can develop, causing individuals to struggle walking or going up stairs. In some cases, GBS can affect breathing, swallowing and vision.

The early struggles of Travis Frederick that led to his diagnosis

Journalists close to the Cowboys reported that Frederick was experiencing tingling in his neck and shoulders. He thought he had injured a nerve in practice. Defenders beat the center in one-on-one drills more than normal. They took Frederick to the ground more often as well. Head coach Jason Garrett told reporters that he could tell something was not right and that it was clearly bothering the player.

Progression of symptoms with GBS

Symptoms of GBS usually increase quickly over a few days or weeks. Most patients are weakest about two weeks after their symptoms develop. In rare cases, the condition can progress until some of the muscle groups don’t work at all, leaving the patient paralyzed. Fortunately, most patients recover, even from the serious cases, but some weakness can persist.

Factors affecting with speed and extent of recovery from GBS

Dr. Stickler observes that the speed and extent of recovery from GBS depends on a number of factors, including the severity of the condition at onset, the speed with which weakness develops, and whether and how quickly the patient gets treatment.

Last Wednesday, Frederick announced his diagnosis on Twitter. The 2013 first-round pick and four-time Pro Bowler said that he had already received two treatments that helped his strength. He claimed that his doctors are optimistic about his prognosis, as they caught the condition early. They have not set a time frame for his return to the field. Frederick has not missed a game in his five seasons in the league.

Frederick likely received one of two main treatments for GBS. Doctors can perform a plasma exchange, in which blood is withdrawn from the patient, filtered and returned. It can reduce the severity of symptoms, possibly by removing some of the antibodies attacking the nerves.

Doctors can also give patients intravenous injections of immunoglobulins. Immunoglobulins are proteins naturally made by the body to fight organisms. It’s believed that this treatment can decrease the body’s immune system attack on the nerves.

According to the National Institute of Neurological Disorders and Stroke, 70% of people with GBS make a full recovery. That recovery can take anywhere from a few weeks to several years.

Also read:
Larry Fedora rants on CTE, football and the future of our country

Former NFL offensive lineman and ESPN commentator Mark Schlereth developed GBS in 1993 while he played with the Washington Redskins. He described on his Stinkin Truth podcast how he lost 60 pounds in a few months. He remembered having to sleep for hours during the day after simply making his kids’ school lunches. Overall, it took him about 18 months to fully recover.

Whether or not Frederick plays in the Cowboys’ Week 1 game at Carolina, or if he plays at all this season, seems unimportant now. Football fans hope he makes a full recovery from Guillain-Barré syndrome and returns to a normal, healthy life, with or without football.

Note: A modified version of this article appears as my sports medicine column in the August 28, 2018 issue of The Post and Courier.

References:
What we know about the disease Travis Frederick is fighting. By Stefan Stevenson. The Star Telegram. August 25, 2018.