As a huge NBA fan, I was disappointed by the number of star players who missed games during this year’s playoffs. Blake Griffin, Paul George, and Joel Embiid missed time, as did a number of the Golden State Warriors. In response to the injuries, I wrote an article as the sports medicine analyst and contributor for Forbes.com, arguing that a shorter NBA regular season would improve the health of the players and improve the game on the court. For my latest newspaper column, I expand on that idea with a follow up of the devastating injuries of Kevin Durant and Klay Thompson.

It has been less than a week since the Toronto Raptors defeated the Golden State Warriors to win the NBA Championship. One word defined the series (and the entire playoffs) – injuries. Now that the dust has settled, I want to offer my thoughts on the futures of Kevin Durant and Klay Thompson after their awful injuries. Then I’ll suggest a possible fix to prevent such an injury-laden NBA playoff season going forward.

Golden State Warriors forward – and arguably the best player in the league – Kevin Durant missed a month of the playoffs after suffering what the team called a calf injury in Game 5 of the Warriors’ second round series against the Houston Rockets. He returned in Game 5 of the NBA Finals, only to reinjure his right leg in the second quarter.

Almost immediately, reports surfaced that the team believed his injury to be an Achilles injury, not a reinjury of the calf muscle. In fact, he underwent surgery days later to repair a torn Achilles tendon.

Are the team and its medical staff to blame for Durant’s injury?

Quickly, media pundits debated whether the team and its medical staff were at fault for allowing Durant to play before he was ready. I do think the Achilles rupture was related to the calf. And I do think the injury could have been prevented had he rested longer. Still, I don’t blame the team.

Even with MRI testing, it can be difficult for doctors to know exactly when the calf muscle is fully healed. Plus, it’s hard to replicate some basketball movements at full strength and speed in physical therapy. His calf probably felt good with simple shooting and dribbling, so the team and player took a calculated risk. 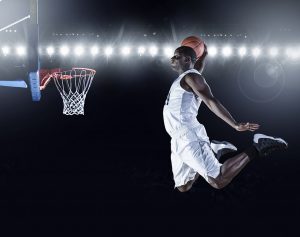 The challenge of Achilles injuries in NBA players

Durant now faces a likely year-long rehab from surgery. Going into free agency, it will be interesting to see if the injury scares away any potential suitors. Achilles ruptures can be terrible injuries for pro athletes.

A 2013 study of NBA players who underwent surgery for an Achilles tendon rupture showed that 39 percent never returned to play, and the ones who did had a marked decrease in playing time and performance. Likewise, a 2017 study of NBA, NFL and NHL players found that 30 percent never returned. The NBA players experienced significant decreases in games played, playing time, and performance.

In the following game after Durant went down, Warriors guard Klay Thompson suffered a knee injury in the third quarter of Game 6. After being helped off the court, Klay returned to shoot two free throws, hoping he could come back later in the game. It turned out that the prolific shooter had torn his ACL.

Returning to play after an ACL injury

Now Klay faces ACL reconstruction surgery and a nine- to twelve-month rehab. His chances of returning to play at the same level as before the injury are higher with ACL surgery than with an Achilles repair. But it can take up to two years for the surgical knee to feel like the uninjured knee, or the involved knee before it exploded. For a player also entering free agency, the timing couldn’t be worse.

Durant played in 78 of the Warriors’ 82 regular season games, logging more than 3,200 minutes, including preseason and the playoffs. Klay also played 78 games, and he has been on the floor for over 3400 minutes.

I believe the length of the regular season is largely to blame for these and some of the other injuries that kept star players on the bench.

The physical nature of today’s NBA

In today’s NBA, athletes play harder than ever, night after night. They cover more space on the floor because of the evolution of 3-point shooting. Plus, advanced statistics track every aspect of a player’s performance, pushing them to give their all more than players ever have.

Teams playing fewer games means a better quality of play. We rarely get to see NBA players at their peak because of fatigue from the long season. If guys were rested, fans would see players at their best. The product on the court would improve.

Here is my proposal to shorten the regular season. I think we would see fewer injuries. Fewer stars missing games, and players able to compete at a high level because of less wear and tear are good for the league and fans.

Finally, throughout the year, the NBA could hold a single-elimination tournament, much like the English Premier League does with the FA Cup. That’s five more games at most. Lose a game and you’re out? Ratings for that kind of tournament would far exceed the ratings for the current regular season games now.

Shortening the regular season would prevent injuries, but it won’t happen soon

I realize that a shorter regular season is unlikely because of the huge loss in potential revenue. Fewer games means fewer paychecks, not just for players and owners, but a drastic loss of paychecks and tips for employees in the ticket office and concessions and more. But we would have fewer stars missing months of actions, especially in the biggest series of the year.

Note: A modified version of this article appears as my sports medicine column in the June 18, 2019 issue of The Post and Courier and as an article as sports medicine analyst and contributor for Forbes.com.