Kawhi Leonard, the San Antonio Spurs and the challenges of quadriceps tendinopathy

I’ve been a Spurs fan since my days of being at Wake Forest with Tim Duncan. I’ve always admired the way that the team managed the health of its star players to help them stay in the league longer than most players do. That’s a big reason why the drama with Kawhi Leonard and his knee injury has been so surprising to me. It does illustrate some of the challenges that can arise between a team, its team doctors and a star player when a difficult injury occurs. I wrote about it for my latest newspaper column. 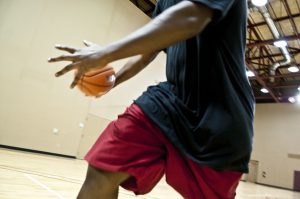 To the average fan, being a professional sports team physician might seem like a glamorous job. There are times, however, when treating a star player for a difficult injury is no fun at all. Look to the drama unfolding with San Antonio Spurs star Kawhi Leonard as a prime example.

Leonard, widely felt to be one of the five best players in the NBA, has missed almost all season with quadriceps tendinopathy in his knee. This injury consists of a small area within the quadriceps tendon just above the kneecap developing some degeneration. Usually rest, ice and physical therapy work to help a player recover and return to play. Sometimes the normal treatments just don’t work.

Also read:
Does resting players do a “disservice” to fans?

Kawhi “distant” and “disconnected” from the handling of the injury

Multiple sources have recently described Leonard and his representatives as “distant” and “disconnected” from the Spurs organization over the handling of the injury.

In September, the Spurs announced Leonard was dealing with the condition, which had flared up the previous season. The team planned to hold him out of action for the entire preseason. Leonard didn’t appear in an NBA game until Dec. 12.

The two-time first-team All-NBA player appeared in nine games over a month-long stretch before the team decided in mid-January to shut him down indefinitely. Head coach Gregg Popovich told reporters the team was erring on the side of caution.

Leonard opts not to play

Reports in recent days have suggested that the Spurs’ medical staff has now cleared him to play, but they gave the player the final say. He will return when he feels he can manage the discomfort of the injury. Leonard has traveled to New York for second opinions.

While stories of pro athletes disagreeing with the team and its medical staff pop up occasionally, we never hear these sorts of issues with San Antonio. The Spurs are often ranked the best run franchise in all of sports. The good relationship between the coaches, management and their star players is one of the reasons why.

Spurs general manager RC Buford has said from the beginning of Leonard’s injury that all parties have worked together to find the best solution for his quadriceps tendinopathy, including seeking opinions from the best tendon experts in the world.

Getting a second opinion is not a sign of a soap opera behind the scenes, Popovich insisted. “Lots of players go get second opinions…Second opinions are good. It doesn’t indicate anything except for due diligence, making sure you’re doing everything you can to get a player back.”

He’s right. Team doctors allow their players to get second opinions. In difficult cases, they often encourage it. With players often changing teams every few years, they often have relationships with other doctors. Add in the millions of dollars they could lose if an injury lingers, and players get second opinions now more than ever. Team doctors just want the best options available to treat the player and help him make the best decision for his health. 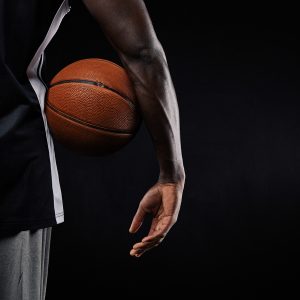 The Spurs deny a rift between Kawhi and the team

The team denies reports of a rift with its star. “There is no issue between the Spurs organization and Kawhi,” Buford told reporters. And the normally quiet Leonard has stayed that way, not once talking about his injury in the media or on social media. Rumors persist that these behind-the-scenes issues are real, which could lead to him leaving the team in the near future.

How the Kawhi Leonard saga differs from most athlete-doctor disputes

What’s really interesting to me is that this drama is the opposite of what we usually hear. Athletes often claim team doctors push them to play through an injury, even when they aren’t ready, because they are employed by the team and will do what the coach and management want.

There is no organization in any sport more conservative with the health of its players than the Spurs. The team held star Tim Duncan out of the playoffs after an injury in 2000 despite him wanting to play. Popovich even started the trend to rest star players for regular season games, getting a $250,000 fine for doing it for a national TV game.

It’s just not like this team to push one of its players to come back too soon. “It’s not the philosophy of the Spurs,” point guard Tony Parker said. “Everybody knows that the Spurs, as an organization, will do anything for you to be safe, and to prolong your career. That’s the philosophy, not to rush anybody. So he’ll come back whenever he thinks he’s ready.”

Maybe this is just media-driven gossip with no real truth behind it. It could also be a sign of a team, its medical staff and its star player caught in a difficult situation with no clear solution in sight.

Note: A modified version of this article appears as my sports medicine column in the February 26, 2018 issue of The Post and Courier.

Kawhi Leonard and the Spurs Could Be Headed for a Messy Divorce. The Big Lead. USA Today Sports. By: Henry McKenna. February 22, 2018.

Kawhi Leonard’s season could be over. Could he also be done with the Spurs? By Tim Bontemps. Washington Post. February 21, 2018.