In an upcoming TEDx talk I’m giving, I discuss my experience playing sports as a kid and how different it is than what so many kids do today. Instead of playing a different sport every season, now kids are pressured to pick one sport as young as 7 or 8 years old and play just that sport. In my latest newspaper column, I discuss the risks of single sport specialization and the benefits of playing multiple sports.

It’s not uncommon to hear parents or coaches say that kids should pick one sport at an early age and practice and play only that sport. They argue that early sport specialization will give those kids an advantage in college recruiting and even getting to the pros.

There is one problem with that argument. It’s just not true.

Players drafted to the NFL played multiple sports as kids

The recent NFL Draft offered the latest evidence for the merits of playing multiple sports. 88% of the players drafted, including 30 of the 32 first-round picks, were multi-sport athletes as kids, according to Tracking Football.

Varsity college athletes did not specialize in sports as children

That number corresponds to data from UCLA, where researchers surveyed NCAA Division I athletes. They found that 88% of them played an average of 2 to 3 sports when they were young. 70% did not specialize in one sport until after age 12.

Coaches and teams at the highest levels of sports might prefer kids who played a variety of sports. Urban Meyer has won three national championships as a head coach in college football. Only five out of the 47 recent recruits he brought to Ohio State played only football in high school, according to ScholarshipStats.com. The other 42 played multiple sports in high school. 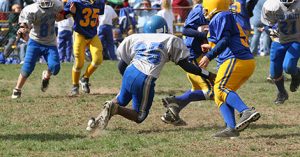 Many MLB pitchers didn’t pitch all year growing up

In Major League Baseball, more of the elite pitchers grew up in the North, while hitters come from all parts of the country. Studies have shown that pitchers who grew up in the South tend to suffer elbow injuries at a younger age and earlier in their careers than pitchers from the North or Midwest, presumably because they pitch all year long. Could pro teams be quietly avoiding the kids who specialize at an earlier age because of the damage they have already inflicted on their arms?

We know that specializing in only one sport increases the risk of injuries overall as well as serious overuse injuries that can lead to surgeries and long absences from the sport.

Injuries aren’t the only problem, though. Sport specialization has been cited as one of the leading factors in burnout from youth sports. 70% of kids quit organized sports by age 13. Sports specialization and burnout are part of that problem.

The benefits of playing multiple sports

Parents and coaches should consider the benefits of playing multiple sports. By playing a variety of sports, children can develop agility and other physical skills they wouldn’t learn otherwise. They can learn techniques that can ultimately help them when they do decide to play one sport.

Brandi Chastain, star of the 1999 US Women’s National Team, uses a classroom analogy to make this point. “It’s like going to school and only studying math or only studying English. There’s a lot to each person, and you can’t develop a full, well-rounded person with ultra-specialization at an early, early age.”

Advice to parents of kids who play sports

Here’s my advice to parents. Let your kids play different sports every season when they’re growing up. Let them find out on their own what sports they like and don’t like. Allow them to learn the skills, movements and techniques for each sport instead of focusing on winning and statistics. Later, when their bodies mature, they can pick just one sport to play if they choose.

Sports are great for our kids, but the way sports are played today can do more harm than good. We need to make youth sports healthy for our kids. Having them play multiple sports growing up is a great way to do it. 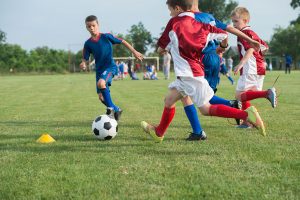 Note: A modified version of this article appears as my sports medicine column in the May 10, 2017 issue of The Post and Courier.