Youth sports tip: Kids should take 3 months off each year

Two middle school athletes who I saw in my office earlier this week illustrate the risks of playing youth sports all year with no break.

The first young patient was a baseball player. He had an injury that kept him out of the last travel tournament with his elite travel team. With only two weeks left in that season, he was aiming to return to another baseball team he plays for during the winter season. He then plans to return to the travel team for spring baseball.

The other athlete was trying to overcome an injury in cross country. With only two meets left, he was willing to miss those competitions to return to sports. But in a few weeks, he planned to start playing for the basketball team before switching to track in the spring.

Which option is the healthier one long-term?

The risks of year round sports

All sports place stresses on certain parts of the body. Which areas withstand those stresses depends on the demands of that particular sport. The challenge for young athletes who play their one sport all year is that they keep absorbing those stresses to the same body parts over and over with no break.

It can be a soccer player who develops increasingly severe foot or ankle pain from pushing through season after season in travel soccer without a break. For young pitchers, the wear and tear on the shoulder or elbow might lead to an injury with no rest period.

Kids need rest from youth sports during the year

For competitive athletes in team or individual sports, long periods of rest are critical. All of the major professional sports – all of them – have off-seasons for their players’ bodies to rest and recover. Young athletes need that same recovery period.

Kids might not want to sit at home for three months, which is understandable. Let them play another sport or train in a different form of exercise. Make sure to choose one that stresses different body parts, though. A baseball pitcher could take one season off and play soccer. A track and cross country athlete could rest her legs and feet for a few months and join the swim team. 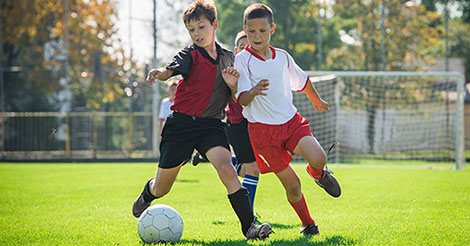 In this video, I discuss these thoughts and the overall concept of athletes giving their bodies time to rest and recover. This concept even applies to adults who only like to train with one type of exercise. Watch it, and consider changes that could keep you or your kids healthy throughout the year.

Keep young athletes healthy, and keep them in the game