What we can learn from Michael Jordan about preparation

One of the greatest moments I can remember watching sports was watching the 1998 NBA Finals. On June 14, 1998, the greatest player ever to play basketball, Michael Jordan, won his sixth NBA Championship by helping his Chicago Bulls beat the Utah Jazz.

I can still remember a group of medical students and I watching it at a school party. Yes, I grew up a University of North Carolina fan and an avid Michael Jordan fan, but he transcended the sport and made people who didn’t normally care about basketball watch.

The Bulls could take the home title that night by winning Game 6 in Utah. The night before, Jordan develops the flu. If you read the book Relentless, written by his trainer Tim Grover, the star might have actually had food poisoning. Regardless, he had been vomiting all night before the game and arrived with a high fever.

The game comes down to a last shot. Jordan brings the ball down the court, and everyone in the world knew Jordan was going to take the last shot to potentially win the game. As he later discussed with author David Halberstam, Grover watched the play unfold and knew exactly what was going to happen. Jordan would take the shot with enough time that the team could get a rebound if needed and get a second shot to win.

Jordan’s training and preparation made that moment possible

Just as he predicted, Jordan took the last shot. Grover knew the ball would go in the basket as it left Jordan’s hand. His elevation was perfect – jumping just as high as he needed to, as high as he had all season. His technique was flawless – despite playing in about 100 games that season and fighting a horrible illness and dehydration. Of course, the ball went in the basket. The Bulls won Game 6, and Michael Jordan had his sixth NBA title.

Jordan later told reporters that he knew exactly what he was going to do on that play. He saw the defense set up and the play unfold in his mind. He knew what he needed to do. He never doubted himself in that game or in that moment.

Both in his own book and to Halberstam, Grover talked about Jordan’s preparation that season and every season that made that game-winning moment possible. Jordan trained hard all season so that he had stamina to jump as high after a grueling regular season and playoff as he could at the beginning of the season. Every offseason, he learned new skills to make his game better, even though he was already the best player in the league by far. He practiced shots like those in Game 6 thousands of times every year. 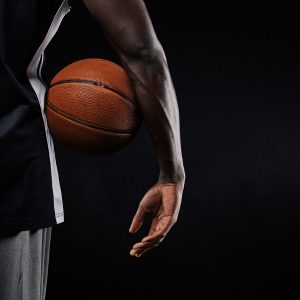 How are you preparing to be the best you can be?

How are you preparing to be the best you can be? If you are an athlete, do you stay after practice and lift more weights, run more sprints or practice your skills and technique? If you are a student, do you turn off social media or video games and do a little more SAT preparation or more research for a term paper?

If you run a business, or if you work at a company, do you work extra to develop new skills, like marketing, communication, or public speaking? Do you stay a little longer than everyone else to make a few extra sales calls each night?

As I discuss in the video above, like Michael Jordan, if we prepare relentlessly every day to get a little bit better at what we do, we can one day become a Champion in Sports, Business and Life.

Sources: Playing for Keeps: Michael Jordan and the World He Made by David Halberstam; Relentless: From Good to Great to Unstoppable by Tim S. Grover and Shari Wenk

What you can learn from Jerry Rice about determination

What you can learn from Michael Jordan about improvement

What we can learn from Jerry Rice about dedication