Note: A few years ago, I wrote about the dilemma the NBA had when the San Antonio Spurs rested four stars before a nationally-televised game. After the league fined the team $250,000, I examined the challenge from both sides. Now the practice of resting players has intensified, so I address it with new perspectives for my latest newspaper column.

Calling the resting of star players “an extremely significant issue for our league,” NBA Commissioner Adam Silver called on team owners to find a solution before it negatively impacts the league and its fans and business partners.

The announcement followed two marquis Saturday night TV matchups that turned out to be duds. A battle between the teams with the two best records featured a San Antonio Spurs team with three stars missing the game with legitimate injuries facing a Golden State Warriors team sitting Steph Curry, Klay Thompson, Draymond Green and Andre Iguodala. Golden State was at the end of an eight-game road trip in 8 cities over 13 nights. The following week, ABC showed a Cleveland Cavaliers team without LeBron James, Kyrie Irving or Kevin Love.

San Antonio and head coach Gregg Popovich are largely credited for starting the practice of resting players. In 2012 Popovich sent home his four best players at the end of a six-game road trip, causing them to miss a heavily advertised TV game against the Miami Heat. Then-NBA Commissioner David Stern fined the team $250,000, claiming the Spurs failed to alert the NBA that the players would not be available. The Spurs still rest players, but the team now announces these rest days well in advance.

The huge increase in DNP-Rests

The number of players rested intentionally, listed formally in boxscores as “DNP-Rest” dropped dramatically that season after Stern’s fine of the Spurs. The number of DNP-Rests has increased 668% over the following three seasons, according to ESPN’s Tom Haberstroh.

Sitting uninjured players just to rest might sound crazy to fans. As both an orthopedic surgeon but also an NBA fan and former season-ticket holder, I see two big changes in the league that led to this phenomenon.

The game is more physical than ever

First, athletes play harder in every game, for the entire game. I remember a decade ago when it looked like the players were barely trying until about halfway through the fourth quarter. Teams didn’t seem to play defense until the playoffs. Now the game is more physical, and guys are going all out from the opening tip in every regular-season game.

Second, wearable technology and sports science have become an enormous part of the NBA, maybe more than in any other pro sport. Every team has a specialist tracking not just the athletes’ physical performance but also how well their bodies have recovered after games and practices. While little research has shown what all that data means yet, most recovery experts claim that athletes are more at risk for injuries when their bodies have not properly recovered. 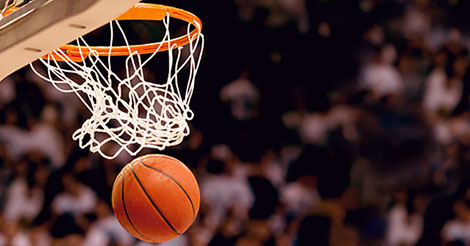 Other suggestions to deal with the NBAs “rest” problem

I’ve read other suggestions that could help. The NBA could require the resting players to show up in uniform to sign autographs and talk to the media. The league could insist that players can only rest during home games where fans see their stars all year. Teams could have a certain number DNP-Rests to use each season. Players resting could miss not just that one game but also the following two or three. The league could specify certain games at the beginning of the season in which stars must play, or at least appear for a certain number of minutes.

As an NBA fan, I get it. I hate to miss the chance to see the best players on the court. As a doctor, though, I hate to see them get hurt even more.

We must keep NBA players healthy

Even without proven data on higher injury rates, the current schedule and the physical nature of the game take a toll on the players. The average NBA career is already less than five years. I think most fans, watching in person or on television, want to see Steph Curry and LeBron James excel for 15 years, not five.

Let’s find a solution that keeps fans excited but also keeps the stars healthy and performing at their peak for years.

In my new book, That’s Gotta Hurt: The Injuries That Changed Sports Forever, I discuss the grueling schedules

on NBA players and other professional athletes and the physical toll it takes on these athletes. I also show how the problem might only get worse for kids just starting to play these sports today. If you’re a basketball fan or if you have kids who play sports, pick up a copy and read it!

Note: A modified version of this article appears as my sports medicine column in the March 29, 2017 issue of The Post and Courier.