With the first round of the NCAA Tournament starting Thursday, I thought it would be useful for readers to hear the latest (as of Monday) on some key NCAA tournament injuries among the championship contenders. All of the information in this article and the version in my newspaper column is based on media reports and could change this week. Also, I did not discuss injuries that happened early this season, such as Clemson’s Donte Grantham’s ACL injury in January. These are all recent injuries that could affect a player taking the court.

Injuries can have a significant impact on a team’s chances in a postseason tournament. As March Madness gets underway this week, a number of teams will have their fingers crossed that key players heal quickly enough to take the floor.

Before you fill out your brackets, consider these NCAA tournament injuries. Decide for yourself if they influence how far you expect these teams to advance.

Keep a few points in mind, though. Coaches could have been overly cautious holding their players out of recent games. They might downplay an athlete’s chances of playing to the media for a competitive advantage. And just because a player should be able to return to the court doesn’t mean he will be 100% right away. 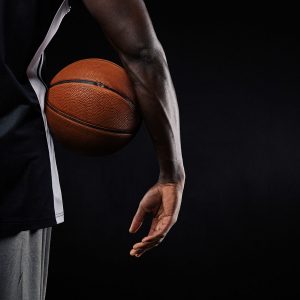 The number one seed in the Midwest Region faces uncertainty with star center Udoka Azubuike. The seven-footer from Nigeria missed the entire Big 12 Tournament with what his coach called a grade 1 MCL injury in his left knee. While those injuries heal in 1 to 2 weeks, they can make it difficult to push off and change directions. He could try to wear a brace to improve his knee stability. If he plays and Kansas keeps winning, expect Azubuike to look better and better.

Freshman point guard Trevon Duval injured his right ankle three minutes into the Blue Devils’ ACC semifinal loss to UNC. X-rays during the game were negative. Duval returned to the game, but he appeared to be limited with his mobility. A week of rest should help him, but he might still lack explosiveness and cutting ability.

Freshman forward Isaiah Livers should be cleared for action after suffering a second left ankle injury in the Big Ten Tournament title game. Livers was a full participant in a two-hour practice recently. He was able to run, cut and dunk.

Head coach John Calipari gave Wildcats fans bad news Sunday night. Freshman Jarred Vanderbilt missed the SEC Tournament with an ankle injury. Calipari told the media Vanderbilt is unlikely to play this weekend. The forward is apparently still limping, and the coach doesn’t want one of his guys on the floor if he isn’t fully ready. It’s possible Vanderbilt could play Saturday in a huge potential matchup against Arizona.

The Tigers have had some good news and bad news on the injury front this week. On one hand, shooting guard Cullen VanLeer suffered a season-ending ACL injury. On the other, high school superstar Michael Porter Jr. finally played after back surgery kept him out almost all season. While it’s hard to imagine he will play up to his potential after only 25 minutes of action so far this season, he should at least make Missouri better.

Facing a Friday matchup against Creighton, the Wildcats will closely monitor the health of two players. Barry Brown suffered an eye injury after being poked in the eye by Kansas point guard Devonte’ Graham. He should be fine. Forward Dean Wade injured his left foot Thursday against TCU and hasn’t played since. He was still in a boot Sunday, but Wade called it precautionary. Doctors had not cleared him to even test out his foot as of Monday.

Forward Donta Hall suffered a concussion in Friday’s SEC Tournament win over Auburn. Crimson Tide head coach Avery Johnson called Hall’s ability to play Thursday against Virginia Tech a “game-time decision.” He was not expected to practice Monday. While it’s possible he could be cleared, a number of athletes aren’t ready six days after a concussion.

Star guard Bruce Brown Jr. will most likely miss the NCAA tournament due to a left foot injury. He underwent surgery February 1. Brown was scheduled to be examined by doctors Monday. Even if he is cleared, head coach Jim Larranaga said Brown will need six weeks of rehab. If he turns pro, scouts expect Brown to be a first-round draft pick.

A modified version of this article appears as my sports medicine column in the March 13, 2018 issue of The Post and Courier.

Kawhi Leonard, the San Antonio Spurs and the challenges of quadriceps tendinopathy