As the summer winds down across the country, hundreds of thousands of high school runners will start their cross country seasons. As of the 2012-2013 school year, cross country was the fourth most popular boys’ sport and sixth most popular girls’ sport. Preventing cross country injuries is important for both competitive and public health reasons.

A 2014 study published in the Journal of Orthopaedic & Sports Physical Therapy examined the summer training of cross country athletes and how it affected their risk of injury when the season started.

The researchers studied 421 runners for one cross country season. Each runner completed a questionnaire about their summer training. The researchers then correlated the data to see what training factors were associated with increased risk of injury. 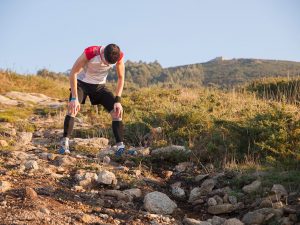 Almost 16% of the cross country runners suffered an injury in the first month of the season. As other studies have shown, a higher percentage of girls suffered injuries than boys.

This study suggests that at least for female cross country runners, training during the summer, varying their training mileage frequently and limiting training on hills and irregular terrains might help keep the athletes healthy early in the season.

Knowing the level of summer training and overall running fitness can help cross country coaches assess their athletes’ injury risk. An experienced runner who trained throughout the summer is probably better prepared for full training at the start of the season than a novice runner who ran infrequently over the summer break. For the kids in that group, a more gradual increase in training mileage might help decrease their risk of cross country injuries.