I am fascinated by athletes who push the envelope. Yes, I love seeing records of performance broken – time, speed, wins, titles, etc. But I am even more enthralled by athletes performing at older ages than in the past, and doing it at elite levels. I’ve written about Tom Brady before, but there are examples in so many sports. Why are older athletes able to compete later in their careers now? I discuss three key reasons for the success of older athletes in my latest newspaper column.

Earlier this year, Tom Brady was named the NFL’s Most Valuable Player. He was 40 years, 184 days old.

We are witnessing more elite athletes not just competing – but excelling – at older ages than we ever have in the past. 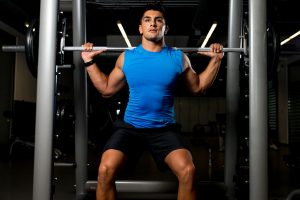 U.S. Women’s National Team star Carli Lloyd won the 2015 and 2016 FIFA Player of the Year awards at ages 33 and 34, respectively. Serena Williams, the all-time leader in Grand Slam singles titles in the Open Era, won her last one at age 35. Most tennis experts believe she is capable of winning more.

It’s not just a few star athletes, though. In his book Play On: The New Science of Elite Performance at Any Age, Jeff Bercovici compares the ages of top athletes over the last 30 or 40 years.

More older athletes in professional sports than ever

Bercovici offers a number of factors behind this trend, including technology, genetics and nutrition. I believe there are three main reasons for athletes’ longevity today.

One of them – recovery – I discussed in my last column. The training from which these athletes are trying to recover is the second big change.

Gone are the days of “No pain, no gain,” at least for these older competitors. Now teams have their athletes wearing monitors to track every aspect of training to assess fatigue and recovery. The coaches and the medical staff then use that information to decide which players should train and which ones should not.

The older athletes train more efficiently than ever, knowing that fatigue can lead to wear and tear on their bodies that could slowly end their careers. Rather than working out for hours on end, they know exactly what they want to get out of each workout. That was my biggest takeaway from reading Tom Brady’s recent book, The TB12 Method. Say what you want about his focus on muscle pliability, it’s clear that everything Brady does in the gym has a specific purpose.

The third change in recent years is the evolution in sports medicine. Obviously, I’m biased because of what I do, but I really believe it is the number one reason athletes compete longer and better than ever. 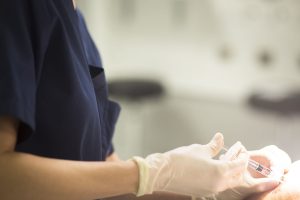 It’s the entire premise of my book. Here is the first description my publisher put on the back cover. “In That’s Gotta Hurt, orthopaedist Dr. David Geier shows how sports medicine has had a greater impact on the sports we watch and play than any technique or concept in coaching or training.”

Tommy John surgery is a great example. Although Dr. Frank Jobe first performed this surgery on Dodgers pitcher Tommy John in 1974, athletes had been suffering these elbow injuries for decades. It was actually first reported in 1946. Surgeons just didn’t have a way to fix it. Dr. Jobe said Dodgers great Sandy Koufax had that injury, and it ended his career. Now that surgery has saved the careers of a generation of pitchers.

It’s not just new surgeries. Rehab is light years better now. For decades, an ACL injury of the knee was one from which you didn’t return. In the 1980s, Bernard King was one of the first pro athletes to undergo ACL reconstruction and return to play at the same level. It took him two years. Now athletes are widely expected to play as quickly as six to nine months.

We are entering an age when doctors use biologic treatments such as platelet-rich-plasma (PRP) and stem cells to try to reverse the damage these sports take on the bodies of the athletes.

Also read:
The role of PRP and stem cells in recovery from injury

What does the future hold for older athletes?

It’s amazing to consider what could be possible going forward. Will we soon see an athlete win a title or an MVP award in his or her mid- to late-forties? Will we see a player in his fifties competing in one of the four major sports leagues?

We might soon have to redefine what “old” really is.

Note: A modified version of this article appears as my sports medicine column in the June 12, 2018 issue of The Post and Courier.

Tips to perform better as you get older

The role of PRP and stem cells in recovery from injury