The many reasons sports are important for kids

In one of my recent newspaper columns, I addressed one of the challenges with youth sports in the United States. Studies estimate that roughly 70 percent of kids stop playing sports by age 13. Since I believe there are many reasons sports are important for kids, I suggested we should consider adopting a youth sports system similar to Norway’s, where they don’t keep score and where the kids play different sports each season until much later than is typical here.

I received a number of comments, both positive and negative, about the idea. I think many people assume I have issues with our system because I want to scare parents away from letting their children play so they won’t get hurt. And while injuries, and overuse injuries especially, are a concern, my larger concern is that I want a system that encourages more kids to play sports and to keep playing sports into adulthood. 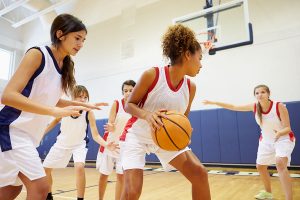 The American Academy of Pediatrics Council on Sports Medicine and Fitness just released a new policy statement which examines organized sports for children, preadolescents, and adolescents. Much of the statement focuses on the numerous benefits of sports, many of which might surprise many parents.

Here are fifteen reasons sports are important for kids:

Also read:
The Healthy Sport Index offers insight into the health benefits and concerns of many youth sports

These fifteen reasons sports are important for children and adolescents don’t even include the physical improvements. When you hear calls to make youth sports safer, remember the overarching goal is to keep kids safe and healthy enough to play them.

Note: A modified version of this article appears as my sports medicine column in the June 6, 2019 issue of The Post and Courier.