In this article, I outline its diagnosis and common symptoms. Hopefully athletes can recognize and/or prevent it.

Overexertion in sports or exercise can cause injury to areas of skeletal muscle. The damaged muscle can release materials like creatine kinase, potassium and myoglobin into the bloodstream. Calcium enters the cells, sometimes causing continual contraction of the muscle fibers.

Rhabdomyolysis has been described in members of the military, firefighters, and police officers. The exertional form of rhabdomyolysis occasionally occurs in football players, bodybuilders and weightlifters. It has been reported in exercise like swimming and running. 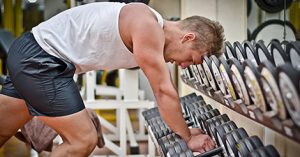 What are the risk factors?

Rhabdomyolysis can develop after intense workouts. Often the workouts involve a significant increase from recent training. Intense heat and heat illness, current or recent bacterial or viral illness, dehydration, sickle cell trait, and the use of stimulants or anti-inflammatory medications are some other proposed risk factors.

What are the signs and symptoms of rhabdomyolysis?

Also read:
Rhabdomyolysis: Signs and symptoms of this dangerous condition

How do doctors treat it?

Patients with mild rhabdomyolysis cases might only require rest and fluids. More severe cases can become medical emergencies. A doctor might admit the patient to the hospital for IV fluids. He would monitor the patient’s electrolytes and other labs. The doctor would check kidney function and heart rhythms. Muscle pain and tightness of the muscle compartments can become acute compartment syndrome. In this situation, a surgeon would perform urgent fasciotomies, releasing the tight muscle compartments. Kidney failure can require dialysis.

Can I prevent developing rhabdomyolysis?

Again, this condition is fairly rare. Exertional rhabdomyolysis can develop after intense workouts and other physical activity. It might not be possible to completely prevent it. Some precautionary steps might be helpful.

Drink fluids regularly before, during and after your workout. Avoid extremely hot environments for the workout. Slowly increase your intensity and the duration of workouts over weeks or months. Cut back on your workouts when you’re taking anti-inflammatory medications or if you are recovering from an illness.

It is important for athletes to understand the risks of rhabdomyolysis. An athlete should alert coaches or athletic trainers he develops muscle pain, swelling or dark urine. Quickly seeing a doctor can be a good idea as well. For significant pain, swelling and other symptoms, an active person should consider going to a hospital emergency department for evaluation and treatment.

Also read:
Rhabdomyolysis can harm anyone who does intense exercise training, not just football players 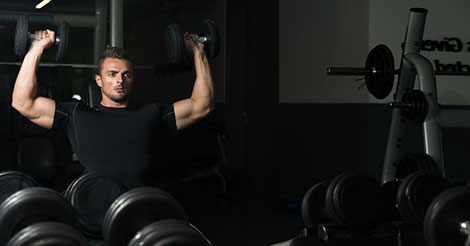