One of the scariest possible events in all of sports, sudden cardiac arrest is the leading cause of death in young athletes in the United States. It is estimated to occur in 1 in every 200,000 high school and college athletes. It is more common in males, especially African-American males, and sports such as football, basketball, soccer, and track and field are among the sports where these deaths occur most frequently.

The most common causes of sudden cardiac arrest include hypertrophic cardiomyopathy, congenital coronary anomalies, and arrhythmogenic right ventricular cardiomyopathy. Hypertrophic cardiomyopathy (HCM) is the most common cause of SCD in young athletes. It is a condition in which the wall of the left ventricle is thicker than normal. Most athletes are asymptomatic and are often unaware of the condition until they drop dead. Athletes with HCM often have a systolic murmur that is heard by the physician listening to the heart. An ECG is very often abnormal in athletes with HCM, but an echocardiogram is the gold standard test to confirm the diagnosis. Young athletes with confirmed HCM should be excluded from most sports. 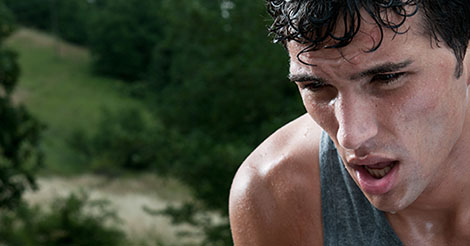 Congenital coronary anomalies are another common cause of SCD. Some athletes have symptoms such as chest pain, heart palpitations, or syncopal episodes, but often they are asymptomatic as well. ECG’s are often negative, necessitating angiograms or MRI’s. If the diagnosis of a congenital coronary anomaly is made, then the athlete should be excluded from sports.

Arrhythmogenic right ventricular cardiomyopathy (ARVC) accounts for a very small percentage of SCD in the United States but almost 25% of deaths in parts of Italy. (This fact has been one of the criticisms of trying to use the Italian study showing that ECG screening decreased mortality rates of SCD. ARVC is a much bigger problem in Italy, so ECG would be expected to catch athletes with this condition.) Athletes with ARVC often have symptoms. ECG abnormalities should lead to further tests, including echocardiograms or CT scans. Athletes proven to have the diagnosis should be held out of sports.

Unfortunately most athletes who die of sudden cardiac death are asymptomatic until the fatal event. These are seemingly healthy athletes and are often among the better athletes on a team. Any athlete with any cardiac symptom should be evaluated. Complaints such as chest pain with activity, lightheadedness, fainting, rapid heart racing, and shortness of breath with exertion should be thoroughly evaluated.

Since SCD occurs in asymptomatic athletes, screening for risk factors is difficult and controversial. Routine ECG screening of all athletes, while advocated in Italy, has been criticized due to cost issues, legal concerns, and concerns over holding athletes out of sports that might never have had an adverse event. 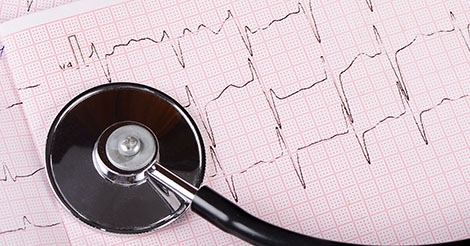 While there is no definitive evidence that preparticipation physical exams will catch asymptomatic athletes at risk for SCD, it is still necessary to try to identify any warning signs. In addition to asking about any cardiac symptoms mentioned earlier and performing a thorough exam of the heart (which is often easier in a doctor’s exam room than in a noisy gym), careful attention to family history is critical. A family history of cardiac disease or issues of sudden death before age 50 should prompt diagnostic evaluation and further testing.

Tips to prevent heart attacks and deaths while running a marathon