I don’t know if Tom Brady suffered a concussion last season or not. It seems likely that at some point in his career, he took a hit from a defensive lineman or linebacker that gave him a headache or dizziness or some other concussion symptoms. I’m just disappointed that he refuses to talk about comments his wife made claiming that he has suffered concussions because of the message it sends to the kids who play football. I share my opinion in my latest newspaper column.

In the wake of a recent study showing that 110 of the 111 brains of former NFL players studied by Boston University had the degenerative condition CTE, the most recognizable player in the game today had an opportunity to spread a message of health and safety to the kids who play football. Tom Brady didn’t take it. 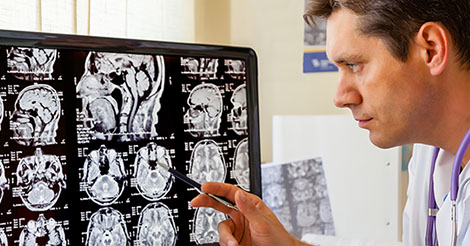 In her May interview with Charlie Rose on CBS This Morning, Brady’s wife Gisele Bündchen admitted she worries about the sport’s aggression and what it can do to players’ long-term health. She also claimed Brady suffered a concussion last year.

“As you know, it’s not the most, like– let’s say ‘unaggressive’ sport. Right?” Bündchen acknowledged to Rose. “Football, like, he had a concussion last year. I mean, he has concussions pretty much every — I mean, we don’t talk about — but he does have concussions.”

Shortly after Bündchen’s interview, Brady’s agent, Don Yee, released a statement that claimed, “Tom was not diagnosed with a concussion last year.”

In a press conference Friday, Brady downplayed his wife’s comments.

Brady declines the opportunity to discuss his medical history, including concussions

“I don’t want to get into things that happened in my past, certain medical history and so forth,” he told reporters. “I really don’t think that’s anybody’s business, you know, what happened last year and I’m focused on this year and improving and working on things I need to get better at. That’s how I approach everything. I’m not sitting here worried about last year or five years ago.”

Look, I get it. Brady was crucified by the league for allegedly tampering with the air in some footballs. He might not want to comment on a head injury he might have had or didn’t have and risk Roger Goodell penalizing him or the Patriots.

It’s possible Brady was evaluated by team doctors and athletic trainers every time there was concern for a concussion. Or he might have suffered a concussion and hid it from the medical staff. Regardless, Brady missed an opportunity to send a message to kids dreaming of leading their teams onto an NFL field one day.

He should have told young athletes about the risks of concussions and repetitive blows to the head. He could have stressed that they get checked out by doctors if they suffer any symptoms during a game or practice. 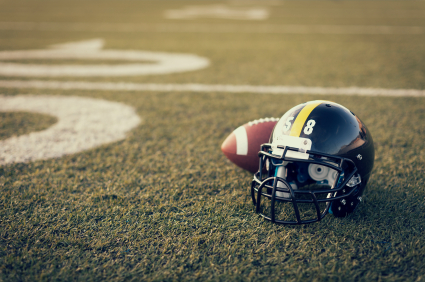 Brady’s relentless dedication to his physical health and conditioning

Brady pointed to his relentless dedication to his diet and training throughout the year as his way of proactively protecting his health. This press conference would have been a good time to announce a commitment to his mental health as well.

Brady celebrated his 40th birthday last week. His year-long dedication to his body have unquestionably helped him stay healthy and at the top of his game for almost 2 decades. He wants to play until his mid 40s, at least.

The five-time Super Bowl winner stated that outside of his family, football is his first love. It’s apparent from everything he does on and off the field. Hopefully when his football career is finally over, he is healthy enough to spend quality time with his family.

Maybe the players who one day replace Brady will keep their brains healthy too.

In my new book, That’s Gotta Hurt: The Injuries That Changed Sports Forever, I offer an in-depth look at the concussion and CTE issues surrounding football. If you are a parent whose child plays football, you should definitely read it. Click here to get your copy!

Note: A modified version of this article appears as my sports medicine column in the August 10, 2017 issue of The Post and Courier.