I keep reading and hearing so-called experts say that virtual reality and augmented reality are the future. I watch Apple events demonstrate it for games and other applications, but I’ve never been convinced it would be useful to me. I have come to think that it could be very useful in sports medicine. In my latest newspaper column, I share some ideas for how virtual reality might help injured athletes. 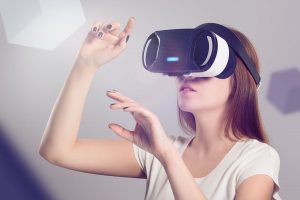 The challenge with current rehab and injury recovery

You are a professional basketball player. Early in the NBA season, you jump for a rebound but get bumped in the air by another player. You land awkwardly. Your knee feels like it explodes.

You just tore your ACL.

Weeks later, you have surgery. You spend months away from your team. You endure hours of physical therapy every day. You push to get your knee bending, your thigh stronger and your running easier and faster.

Doctors have cleared you to return. You have been through a few weeks of practice, but you avoided certain drills. You don’t know what to expect in your first game tonight.

You play that month, but you hear all the critics saying you’ve lost a step. You’re not the same. You feel it too. You know you’re not ready. You’re not 100%.

Maybe there is a better way to get back to normal, or at least get there sooner. Welcome to the world of virtual reality.

The idea of using virtual reality to improve performance isn’t that far-fetched. For example, a quarterback could wear a virtual reality headset to run simulated plays against a defense. He could decide which receivers are open or if he should check down and throw a screen to the running back, over and over from his living room or the team’s training facility.

Where I think virtual reality could make the biggest difference for professional athletes, though, is in helping them recover from injuries. 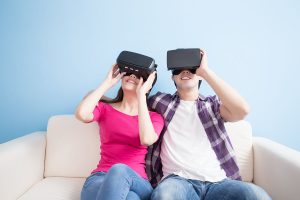 Virtual reality could allow a team to place the athlete in practice and game situations. Those months away from the team while you push through physical therapy? You could “participate” in team practices through the magic of virtual reality.

More importantly, virtual reality could make the physical rehab quicker and safer. Maybe it could allow the medical staff to see faulty movement patterns when you try to plant your foot to pivot quickly in a practice simulation. Then they could focus on improving those movements in physical therapy.

It could also eliminate the uncertainty of how you will feel as you step on the court for the first time, because you would have been through that scenario hundreds of times.

Using virtual reality to help with return to play

Doctors could monitor your heart rate and blood pressure as you “shoot” and “jump for rebounds.” They could find out what situations cause a stress response. They could see where you’re hesitant to depend on your surgically reconstructed knee. Then they could work with a sports psychologist to push you past those barriers.

Dr. Michael Casale, the Chief Science Officer of StriVR, a virtual reality company that works with some pro sports teams, told me that they haven’t formally started using virtual reality for injured athletes. They have had discussion with the athletic training staff of a pro basketball team to develop a plan for incorporating virtual reality into an athlete’s injury recovery.

It’s exciting to imagine what virtual reality could bring to the world of sports medicine and professional sports.

Note: A modified version of this article appears as my sports medicine column in the July 5, 2018 issue of The Post and Courier.

The mental and emotional side of sports injuries: An interview with Dr. Erin Shannon