Twitter is far and away my favorite social media platform. It is a great place to share health content, discuss medical topics, learn about or react to breaking news and more. While almost anything goes on Twitter, there are some practices that you should generally avoid.

I suppose that if you’re interviewed in The New York Times, you get a pass. You deserve congratulations. But please don’t retweet someone complimenting you or mentioning you in a #FF (Follow Friday) tweet. Guess what? I already follow you. Thank people for their compliments by replying to them, but suppress the urge to share it publicly with your followers. 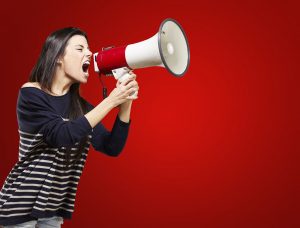 Don’t: Use a service to artificially grow your number of followers.

These services usually employ tactics aimed at following people, hoping they will follow you back. It is bad Twitter etiquette. Plus those tweets where the service announces your number of followers, retweets and replies each week are annoying.

It makes no sense, with a full day of clinics and surgeries, to waste time getting on Twitter every few minutes to respond to mentions of you. But you should try to respond when you can. Get on once a day and reply to some of the people who have taken time to share their thoughts on your tweets.

Don’t: Create tweets that are consistently too personal or not personal enough.

This is a fine line, and you have to decide what level of comfort you have talking about yourself. I tend to share less personal information than most, but that’s how I am. Share enough to show your personality occasionally, but don’t overdo it. If you want to talk about how hard making breakfast for the kids was, there are probably better places to do it than Twitter.

Also read:
How can you pick a theme for your content?
Collecting ideas for blog posts, videos and more 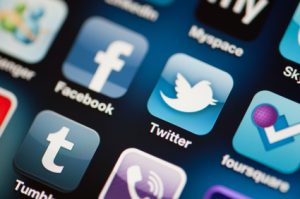 Do I really need to discuss this one? A 2011 JAMA study looking at Twitter accounts of 260 doctors and their last 20 tweets showed that 0.7% of the tweets represented potential patient privacy violations. I would bet that if you sampled the accounts of physicians with much larger followings, you would see much lower numbers.

Don’t: Argue with other healthcare professionals.

It’s fine to share your opinion on a health topic and disagree with someone else, but do it politely. Some healthcare providers seem to feel the need to vehemently criticize others, thinking that it will elevate themselves. You might win that particular argument, but it makes you look bad to others who aren’t involved.

Twitter just isn’t the place to go off and scold someone. If Delta loses your luggage, and you tweet one complaint – fair enough. But tweet after tweet of anger about a health law, EMR or political issue is inappropriate. One, most people who follow you won’t know what you’re talking about. Two, it generally makes you look bad. And no matter what, do not rant publicly about a patient.